In the middle of August, Phillips 66 announced they will begin a four-year process of campaigning and gaining approvals to transition their 124-year-old San Francisco Refinery into the world’s largest renewable fuels plant.

This project, located in Rodeo, Calif., has been referred to as “Rodeo Renewed,” and if all permits are approved, the plant should be producing renewable fuels in 2024 for the surrounding area. 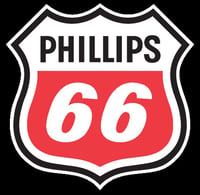 “Phillips 66 is taking a significant step with Rodeo Renewed to support demand for renewable fuels and help California meet its low-carbon objectives,” said Phillips 66 Chairman and CEO Greg Garland in a prepared statement.

“We believe the world will require a mix of fuels to meet the growing need for affordable energy, and the renewable fuels from Rodeo Renewed will be an important part of that mix,” he added.

For the Insulators, this project will create jobs.

“The work needed for this project is a big deal,” said Local 16 Business Manager Mel Breshears. “I am very excited with Phillips 66’s decision to convert their Rodeo Plant into processing renewable products.”

It will take years for Phillips 66 to obtain the necessary approvals and begin work, in large part because of the permitting process.

While Phillips 66 is ready to begin construction, the project will require the use of water, which may prove to be the main source of contention, as California remains in a water shortage.

If the area is going to be able to supply the resources needed to create the fuel, area farmers will need to produce more crops, which means they will require more water.

For more than 80 years, Local 16 and the San Francisco area has seen the public push for and support water initiatives such as the Shasta Dam and similar efforts to collect water from the Sacramento River when it floods, while opposing additional construction to increase the water collection efforts.

The Rodeo Renewed project will need to complete at least four critical stages before construction can begin: Submit plans, have independent groups provide Environmental Impact Report (EIR) studies, allow time for public comments and proceed through a county board review.

The EIR studies will need to include both the construction impact and operational impact, once the refinery is fully switched over to producing renewable fuels. While the EIR studies will be conducted independently, all are expected to write out advantages, outline the anticipated reduction of the plant’s massive carbon footprint and estimate the amount of water needed to sustain operations.

Local 16 anticipates their portion of the project will last three years and create between 50 and 60 jobs for members. The work on the renovated facility will include new pipes and pumps. This work will include the removal of the petroleum contaminated insulation, decades-old hard insulation containing calcium silicate (calsil) and asbestos that was created using preformed molds. 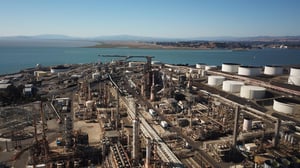 All of this material will be replaced with new, better material, including pad coverings with ceramic fiber.

A decade ago, the state of California worked on legislation that required oil refiners in the state to use a “skilled and trained workforce” for the workers on site, as well as paying Prevailing Wage for the work. This legislation was introduced into as Senate Bill 54. It passed and took effect on Jan. 1, 2014.

Thanks to SB 54 requirements, the work will be completed correctly and in a safe manner. The Rodeo Renewed project will be performed under a Project Labor Agreement, which will establish the terms, conditions of employment and agreed upon workforce for the massive undertaking.

“As energy needs and technologies evolve, the Building Trades will be there with the most highly trained tradespeople in the world, and we look forward to our continued partnership with Phillips 66 at Rodeo Renewed” said California State Building and Construction Trades Council President Robbie Hunter.

“It shows they [Phillips 66] have a great understanding of the Bay Area’s desire to move away from fossil fuels, while maintaining good paying jobs for the community,” Breshears added. “This is what being a community partner looks like.” 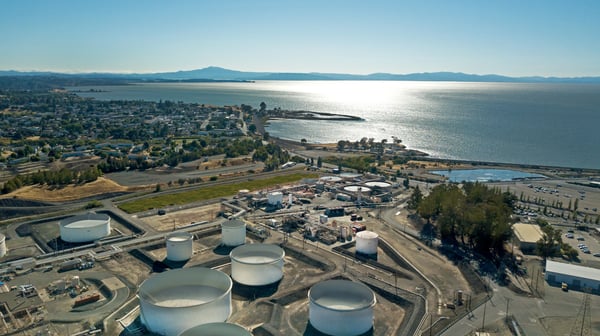