The award was part of the presentations added into the Annual Florence Bernard/Alta Miller Scholarship Dinner held at the conclusion of the combined Local Union Officers, Joint Apprenticeship Conference and Master Apprentice Competition. 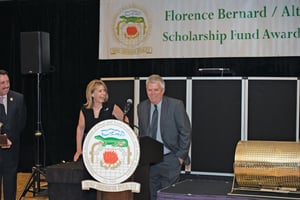 IIIATF Administrator Tom Haun said Sullivan has the same dedication to the Insulators’ Apprenticeship Program, as the award’s namesake, Bleiker, who had a dramatic impact on the program before his passing in 2004.

For many years, Bleiker represented the model of excellence still considered an industry standard among the JAC community. Blieker received the first “Pablo” award in 2002 and since then, it has been given out annually to recognize a deserving individual who exemplifies the same qualities and dedication to the industry and training program.

A second generation Insulator, Sullivan joined the industry in 1972 as a permit worker. Two years later, he became an apprentice and then earned his journeyman’s card in 1978. Sullivan served on the Local 14 Executive Board before he was asked by Training Coordinator Lew Fitzgerald to become an Instructor for Local 14 in 1999.

“I was a baseball coach for my kids’ teams and teaching just came naturally,” Sullivan said as he reflected on how be became an Instructor. 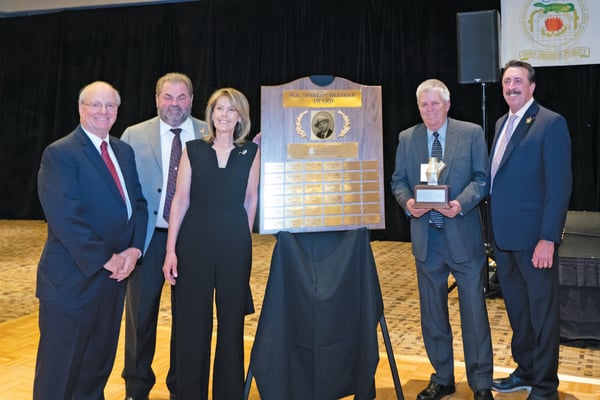 Sullivan is also part of a group who completed Train-the-Trainer instruction in 2014 from PCI to perform the LMCT Foreman Training program. For over a decade, he has been traveling around the United States instructing upgrade training for foremen from various Locals.

For many years, Sullivan has played an integral role in the Master Apprentice Competition, including being part of the small group that designs and testbuilds the competition mockups. He was also one of the first official proctors that oversee the annual competition. “He is a pipe coverer’s pipe coverer,” said Haun. “An outright great guy who will do anything for this organization.” 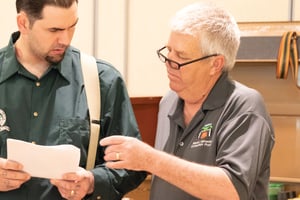 “I am proud to educate and teach these apprentices about the industry and trade comprehension, as well as out of classroom experiences,” Sullivan said.

When awarded the Pablo, Sullivan was surprised by his wife, who was holding the award. She secretly flew in from New Jersey for the award ceremony in order to present the award to him. Once he accepted the award, all the Local 14 Brothers in attendance promptly stormed the stage to congratulate Sullivan and celebrate with him.

“It’s more than an honor to be a recipient of this award,” said Sullivan. “It is totally unexpected for a regular pipe coverer.” In August, Sullivan will retire as a Local 14 Instructor, but he plans to continue teaching Foreman Training, as well as his work with the MAC.

The IIIATF and the International congratulate John Sullivan for his outstanding dedication and service to our union and the insulation industry. You will be forever honored as the 2019 W.F. Pablo Bleiker Award recipient.