From 1915 through 1924, the Seattle Metropolitans of the Pacific Coast Hockey Association entertained hockey fans in the Pacific Northwest.

In 1917, before there was a National Hockey League (NHL), Seattle became the first U.S. team to win the Stanley Cup, beating the Montreal Canadiens, who were affiliated with the National Hockey Association. Sadly, the team was disbanded following the 1924 campaign, when their home rink, the Seattle Ice Arena, was converted into a parking garage. Between 1928 and 1977, six low-tier or amateur teams called Seattle home, but none lasted more than eight years.

In 2018, the NHL announced it would allow two new expansion teams to join the league – the Las Vegas Golden Knights and the Seattle Kraken. This past October, after almost a century, the highest level of professional hockey returned to Seattle.

For members of Local 7 and their fellow Brothers and Sisters from Seattle area Building Trades Locals and District Councils, the announcement meant the opportunity to build the Kraken’s home – Climate Pledge Arena.

The new, state-of-the-art facility cost over $1.15 billion, including side projects worth $80 million to build a community Ice plex in North Seattle and a future facility in Palm Springs, Calif. for their AHL farm team.

Constructed through a partnership with Amazon, Climate Pledge Arena has an overarching goal of sustainability. By 2024, the facility aims to reduce carbon emissions and be the first arena in the world to provide renewable energy and have a carbon zero footprint.

Built with solar panels on the atrium and garage, long-term plans include the elimination of single-use plastics, water conservation strategies and a zero-waste goal. This will be accomplished by composting, recycling and a simplified supply chain process to reduce waste. Local 7 had three contractors performing Mechanical Insulation and Firestopping work at the arena. Signatory contractors Performance Contracting Inc. (PCI) Insulation and Specialty Services Division (ISSD), Auburn Mechanical System and KFox Insulation all employed the Local 7 workforce for this project. 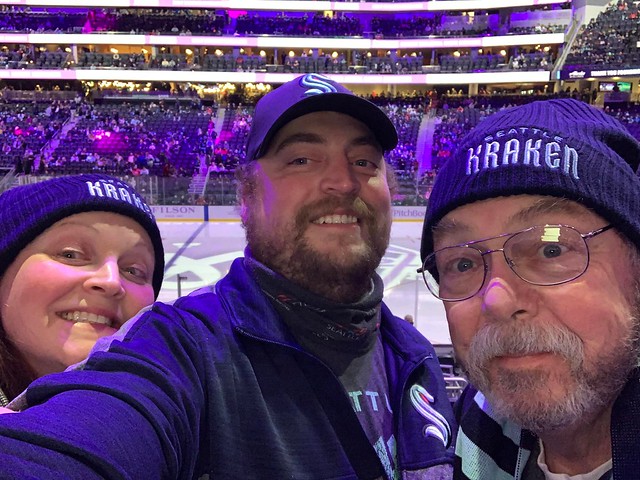 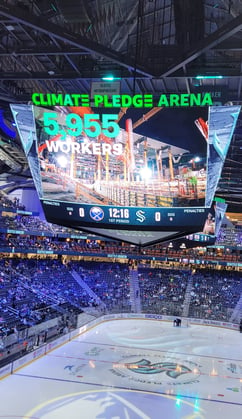 Auburn Mechanical System worked on the brine chiller piping for the ice rink. The urethane pipes were colored with .030 PVC jacket work for the rink’s Ice Builders system.

KFox Insulation worked about 1,800 hours on the Kraken Community Iceplex, which houses three ice rinks one for the Kraken to practice and two for community use, along with the Kraken’s front offices. The work encompassed all the Mechanical Insulation, Firestop and acoustical caulking.