It is with great sadness that we announce the passing of The International Association of Heat and Frost Insulators and Allied Workers General President Emeritus James A. Grogan, Jr.

General President Emeritus Grogan, a proud member of Local 32 in Newark, N.J. and U.S. Army veteran, retired in 2015 after a 59-year career with the Insulators Union.

He held the position of General President for 14 years, starting with his appointment on Sept. 1, 2001, and was re-elected during the General Conventions of 2007 and 2012.

Grogan led the International through booming years, but his leadership was truly on display following the tragedy of 9/11 and the Great Recession. Thanks to his steady hand and understanding, the Union emerged stronger from these troubled times.

“For more than a decade, James A. Grogan, Jr. led the International Association of Heat and Frost Insulators and Allied Workers as General President with wisdom, foresight, dedication and determination,” said General President Gregory T. Revard. “He believed in leaving our Union in a better position than when he took office and he delivered on this promise. We are deeply grateful for his 59 years of service to our Union. On behalf of the International, we send our heartfelt sympathies to the Grogan family and extend to them our thoughts and prayers during this difficult time.”

Under Grogan’s leadership, the Union made significant strides in the areas of membership recruitment and development, specialized training and medical research, the latter highlighted by the establishment of the Insulators’ Tissue Bank to help find a cure for mesothelioma and other asbestos-related diseases. 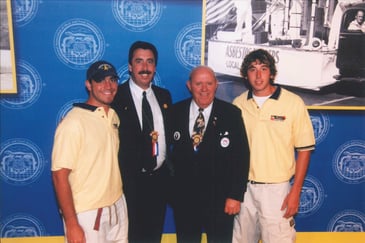 “His greatest legacy may not be what he did to improve our Union, but what he did to one day improve the lives of people throughout the world,” said General President Emeritus James P. McCourt.

Grogan had the foresight to help establish the National Union Insulation Contractors Association (NUICA) in 2007. This union-only signatory contractor organization works with the International to identify and secure work in markets that are currently non-union and to protect markets that are traditionally jurisdiction of the Insulator.

He was also instrumental in the development of the Union’s Professional Craftsman Code of Conduct and the creation of the Labor Management Cooperative Trust organization, partnering the best of Union qualities with the trusted, partnered signatory contractors.

In 2005, following the devastation of Hurricane Katrina in New Orleans, Grogan helped establish the Insulators Union Relief Fund, which provides assistance for those members who have endured natural disasters. To this day, this fund offers vital support for our members in need following these unforeseen tragedies.

Among the many other achievements that took place during his General Presidency was the purchase of the International’s current headquarters in Lanham, Md., an agreement with NUICA to establish terms and conditions to help the union and its signatory contractors secure firestopping work, growth of the International Organizing Department, increased funding of the Florence Bernard-Alta Miller Scholarship Fund and Union rebranding as the “Energy Conservation Specialists.”

For almost six decades, Grogan dedicated his life to the innovation of the Union and the well-being of its more than 30,000 members across the U.S. and Canada. On Local, Conference and International levels, he displayed commendable leadership abilities that have made the Union what it is today and what it will be for generations to come. 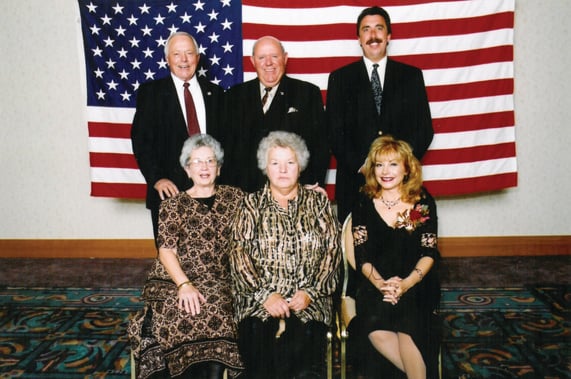