The HFIAW was well represented at the 2018 North America’s Building Trade Unions (NABTU) Women Build Nations Conference. Held in Seattle in mid-October, more than 100 members of the HFIAW attended the conference.

More than 70 Sister Insulators attended Women Build Nations from 32 different Local Unions across the U.S. and Canada. Local, Conference and International leaders attended as well. The three-day event was packed with speakers and workshop sessions.

He commended the effort made by all Sisters to attend the event. Shuler, a current IBEW Sister and the AFL-CIO’s first elected female leader, encouraged the crowd in attendance to take advantage of the conference. She said the Women Build Nations event is a leadership opportunity where everyone in the room can benefit.

Four women represented the Insulators Union on various panels and in workshops during the conference. On the second day, Missouri State Sen. Gina Walsh, Sister from Local 1 and current President of the St. Louis Building and Construction Trades Council, introduced the Activism: Union Empowerment workshop.

“The key to success is being passionate and wanting to get something accomplished” said Walsh. Throughout her monologue, she provided the audience with examples and suggestions to increase their Union involvement.

On the third day, Local 18 President Kim Patrick moderated the Activism: Grassroots workshop, which took a deeper look at union and community involvement.

Local 118 Vice President Ashley Duncan spoke during the Advancing Women in Trades/Keys to Retention Workshop and discussed her current position and the recruitment efforts implemented by the British Columbia Insulators to recruit both men and women into the trade.

Finally, Sister Lynette Jones, Journeywoman from Local 45, led the Images Workshop and took questions from the audience. Sister Patrick said she was honored to panel a workshop again this year.

“Last year I was asked to be in the workshop on Local Union leadership and this year on activism,” Patrick said. “It feels great to represent myself, my Local and my Union in the workshop and at the Women Build Nations Conference.” She added that she will plans to attend the conference in years to come because there will always be more to learn. 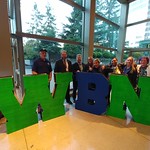 Sister Janice Matlock, Journeywoman from Local 110, said by attending Women Build Nations, she is serving as an example to other women. “I want to grow trade unionism,” she said. “This is the single most important event in the solidarity movement in this time in history.” While attending the Women Build Nations Conference is important, it is also important to take what was learned and put it into action.

For Natalie Dominguez, third year Apprentice from Local 17, the conference helped her to decide to increase her involvement in her Local. “I understand the importance of being active and know that I have a place in my Union,” she said.

Local 25 Journeywoman Angie Bryant gained a new passion for recruitment during the conference, and now wants to help her Local recruit more women into the trade.

A two-time Women Build Nations attendee, Apprentice Ebonie Bridges from Local 3, recommended all women in the Insulators Union try to attend the event. “This conference makes me prouder of my union every year,” said Bridges. “We need to do what we can to get more Sisters to attend the conference.”

“It is a great opportunity to meet other women, who do the same thing you do. It’s a great way to receive support from other girls and too be a part of an inclusive environment.” Bryant also said men should consider attending as well.

“We work with men and by having them attend the conference, they can see and hopefully learn from a women’s perspective” she said. HFIAW General Secretary-Treasurer Greg Revard attended the conference and addressed HFIAW members during the trade caucus portion of the event. He expressed encouragement for the empowerment and lasting effects the conference has on its attendees. He hoped it will translate into Local Union action and get more women involved in the trade.