Missouri State Sen. Gina Walsh, a member of the Insulators Union, was honored by her fellow state senators in mid-September. 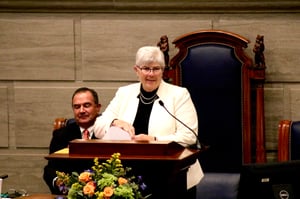 Walsh, who is finishing her final term as senator, was recognized on the Senate floor on Sept. 16.

He praised her dedication to Missouri and recognized her achievements within the building trades.

Four years later, she was re-elected and was chosen to serve as minority floor leader.

Entering her final year in office due to term limits, she stepped aside in March from her role as minority floor leader.

Prior to her service in the Senate, Sen. Walsh served four terms in the Missouri House of Representatives, representing the 69th District.

Throughout her career, Walsh built a reputation as an independent voice, working with both Democrats and Republicans to find common sense solutions to the problems facing Missouri.

Sen. Walsh is a retired member of Insulators Local 1, with over 35 years of experience in the trade. She is the past president of the Missouri State Building & Construction Trades Council, president of the National Labor Caucus of State Legislators and Deputy Director of the International Association of Heat and Frost Insulators and Allied Workers’ Labor Management Cooperative Trust.

The International congratulates Sister Walsh on for her 16 years of dedicated service to the residents of Missouri and wish her the best as she enters the next phase of her career as the Mechanical Insulators LMCT Deputy Director, representing our Union and the industry. 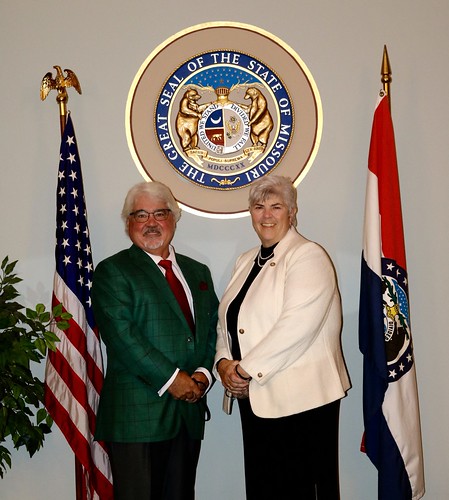