Pete Buttigieg, the former mayor of South Bend, Ind. and Democratic Presidential Primary candidate, mentioned the Insulators and the insulation industry during a recent interview.

In a Jan. 21 L.A. Times article, Buttigieg discussed a wide range of current political topics, including how the union building trades are contributing to the effort to curb climate change.

“A lot of the net new jobs I’m talking about are not exotic green jobs designing electric aircraft,” Buttigieg said. “Some of them are union carpenters and glaziers and insulators - building trades jobs we understand perfectly well right now and are going to need more of in order to do the building retrofits.” 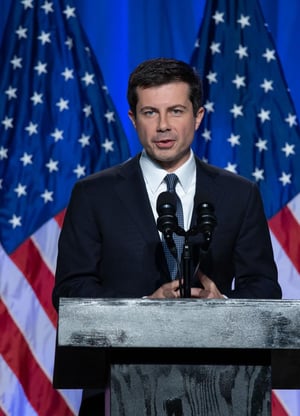 Buttigieg was talking about his plan to retrofit older buildings to make them more energy efficient.

He believes his plan will help make people who are skeptical of man-made climate change feel included rather than admonished.

“So if this feels like something that we’re calling everybody into, and people feel recruited rather than scolded, that’s where it begins to take on the feel of a national mobilization,” Buttigieg said.

Buttigieg later reiterated his comments of support for union labor at a February CNN town hall event, noting new green jobs will be created, but there will still be a need for skilled tradesmen and tradeswomen.

“I’m talking about union carpenters and electrical workers and insulators and glaziers, that we’re going to need just to get our buildings to where they will have to be retrofitted for us to stay ahead of climate change,” said Buttigieg.

On peteforamerica.com, Buttigieg laid out his plan for empowering American workers, including misclassified “independent contractors” and ending So-Called “Right-to-Work.”

Continue to check back throughout Primary Election and the General Election for information about the presidential candidates and their comments about the mechanical insulation industry.