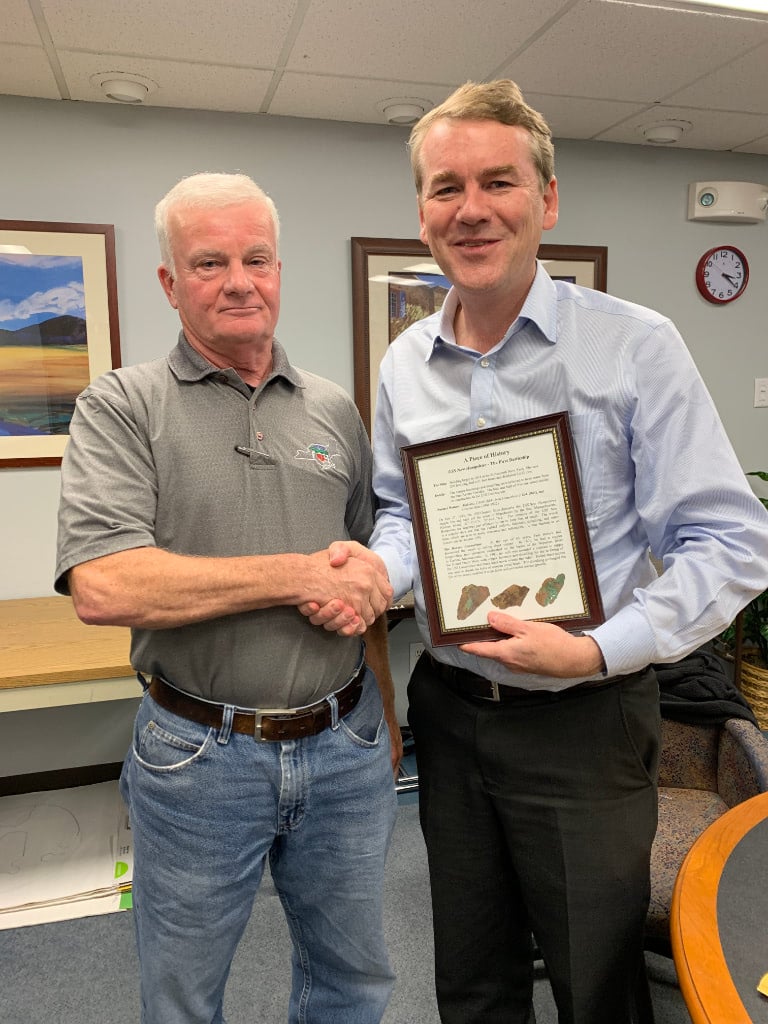 Bennet, Pappas and Kuster each have an established track record of supporting organized labor.

On his website, Pappas said he will protect the rights of workers to organize and collectively bargain with employers and support the Employee Free Choice Act.

Kuster has fought for worker protections through initiatives to protect pregnant workers.

Sen. Bennet lists supporting unions and collective bargaining as an important issue as a presidential candidate.

The Local 6 representatives had the opportunity to speak with all three elected officials and briefly discussed issues important to the Insulators union.

During the event, Brother Gallagher presented Sen. Bennet with a framed display of rolled copper found at the shipwreck site of the USS Constitution. The rolled sheet copper was said to have been manufactured at the Paul Revere Foundry.

It represents a historic tie to America’s founding, as Revere was a prosperous and prominent Boston silversmith, who helped organize an intelligence and alarm system to keep watch over the British military, and also served as a Massachusetts militia officer during the American Revolutionary War. Following the war, he grew his business and in 1800, became the first American to successfully roll copper into sheets for use as sheathing on naval vessels.

Click here to learn more about government affairs as they relate to organized labor within the Insulators Union.