Due in large part to the need for additional training center space, HFIAW Local 5 Los Angeles moved its Union Hall and training center into a structure nearly four times as large as the former building.

In March 2017, Local 5 decided to sell their home of the last 23 years in Azusa, Calif. The new building provides ample room for the union’s offices, JATC offices and training space.

At the rate Local 5 was growing, there was insufficient room for current and future training of apprentices and journeymen. The boom in growth stemmed from new laws put into place by the State of California. Signed into law in 2013, what was then known as Senate Bill 54, mandates that 60 percent of the construction labor force working on oil refineries in California must have graduated or currently be indentured in a state-approved apprenticeship program by Jan. 1, 2019.

Additionally, a large number of Project Labor Agreements negotiated by the State Building and Construction Trades Council of California also led to an increase in market share. Between new state laws and the influx of PLAs, the officers of Local 5 realized they needed a larger building to not only accommodate the membership, but also a space large enough to provide training to current and future apprentices and journeymen. 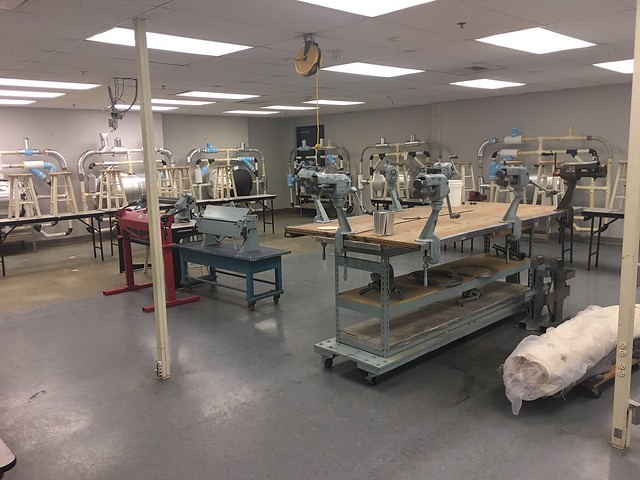 In the midst of the move to the new headquarters, Local 5 negotiated a new three-year master labor agreement, affording the members $7.90 in additional wages over the next three years. By December 2017, the California State Building
Trades signed a PLA with Chevron Refineries in California to perform all of their work, beginning Jan. 1, 2018, which further cemented Local 5’s need for additional training space.

Since the 1980s, Local 5 has utilized a Maintenance Agreement in all Southern California refineries for maintenance workers (HMH Helper). Due to the newly signed PLA and new state laws, the maintenance workers had to be removed from the refineries. Local 5 though, did not want to abandon these men and women and instead decided to change their classification to either an apprentice or a journeyman. These members were skill tested and were classified based on experience and skill set.

Today, contractors employ highly trained and highly skilled Local 5 members in all five refineries within the Local 5 jurisdiction. Of the five refineries, four have signed PLAs and the last is anticipated to soon follow suit. All these members will receive their future training at the new Union Hall and Training Center – and there is plenty of room to accommodate even more Insulators.