Brother Woodrow Smith, known to his friends as “Woody,” has been a pillar to generations of HFIAW Local 47 members. And his four-digit registration number is only part of the reason why.

Born in 1919, Smith is now 101, and is considered one of, if not the, oldest living member of the Insulators Union.

Brother Smith joined the union in 1941 as a mechanic. He retired after 39 years in the industry. Now, 40 years after his retirement, he is still a proud member of the HFIAW.

“I am honored to lead a Local with such long-standing and committed members,” Welch said.

Smith was happy to reminisce about his time as an active member.

“I worked for two years as a helper, and at that time, the Local needed journeymen Insulators, so they tested me out and determined I was fully capable of working as a mechanic,” he said.

In 1943, Brother Smith took a military withdrawal card to become a Boilermaker 2nd Class (T) in the Navy during World War II. He proudly served on the USS Pastores and was awarded the Bronze Star for his service. In December 1945, he received his honorable discharge and returned home to Michigan.

When he rejoined the ranks of the Union, Brother Smith served a term as Sergeant-at-Arms for Local 47.

When reflecting on the beginning of his career, he recalled the early days when the Lansing, Mich. Local was just getting started.

“At that time, the Local was just beginning to grow,” he said. “A few Local 25, Detroit members formed Local 47 a few years before I was hired on in 1941. We all knew each other. They used to call me ‘Sly Fox’ because they never knew what I was going to do next!

“I really enjoyed the work and the camaraderie. They became family in a sense. My role model was Larry Brimmer. I really looked up to him and learned the trade from him,” Smith added.

A Lansing resident since the age of 9, Brother Smith admitted to being fortunate to work close to his home.

He spent much of his career working on the Michigan State University campus.

“I was running work within a few years of entering the trade,” he said. “My projects were mostly working as
a commercial insulator, but I did spend time at the local municipal powerhouses. I’ve also worked in the shipyards
in Bay City and the chemical plants in Midland Michigan.”

Smith was not the only member of his family to work as an Insulator, as his brother-in-law and nephew both became pipe coverers. 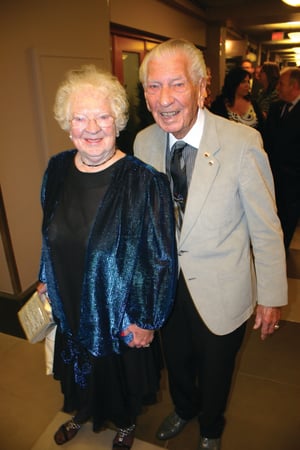 General Secretary-Treasurer Greg Revard, who previously served as the Local 47 Business Manager before joining the General Executive Board, fondly remembered Brother Smith attending picnics and being a great retired member.

“When I was with the Local, he was an active and engaged mentor to our members, and such an asset to Local 47 and to the Union.”

As a 79-year member, Smith has been around for nearly all of the Local’s existence and been to many Local events.

“My wife Kathleen and I attended Local 47’s 75th Anniversary in 2012 and we were able to meet many of the current members and their families,” Smith said. “It was nice seeing a few familiar faces as well. We also attend the annual Local 47 picnic on a regular basis.”

To those entering the trade, Brother Smith has a few words of encouragement and some advice for a successful career.

“I tell them to learn the trade and enjoy the work. Enjoy the people you work with,” he added.

For the Brothers and Sisters who are getting ready to retire, Smith offered another tip. After all, he has now been retired longer than he worked in the Union.

“The key to life after retiring is to stay busy,” he said.

Brother Smith and his lovely wife Kathleen have four children – three boys and one girl – and many grandchildren and great-grandchildren. He is a proud lifetime member of the Veterans of Foreign Wars (VFW) and regularly volunteers with his church.

“I’ve had a great life. The trade has taken care of my family and myself both before and after retirement. I don’t regret anything,” he said.

Thank you, Brother Smith, for your dedication to our industry, to Local 47 and to the Insulators Union. We are proud to honor you for all the dedication you have given our Union, our country and your family.