The HFIAW Master Apprentice Competition (MAC) seems to grow in popularity and excitement every year. The annual competition where 10 apprentices compete as Conference representatives to be crowned the “Best of the Best” included an emotional finish this year in Toledo, Ohio.

Held in conjunction with the 41st annual Joint Apprenticeship and Training Committee Conference, the top HFIAW apprentice competitors arrived having already won at the Local and Conference levels.

“Our training is what sets our profession apart, it is what makes us the best,” HFIAW General President Bud McCourt said during the MAC.

This year’s competitors were challenged by yet another one-of-a-kind mock up, which included the number 45 in copper piping (to honor the host Local HFIAW Local 45), a large T (for Toledo) that was connected to numerous 90’s and sweeps.

The MAC included both a written test and the individual insulation project, which had a unique set of specifications for the installation of many insulating materials. The mock-ups were judged once after the rough-in work and once upon completion. The combined mock-up scores added to the results from the written test, determined the winner, who was announced on July 1 at the Awards Dinner.

There was a great deal of emotion in the room when Branden Price was announced as the 2016 winner. Price comes from Local 46 in Knoxville, Tenn., part of the Central States Conference.

Price competed in both his Local competition and in the Central States Conference competition under the guidance of his Apprentice Coordinator, Jermaine Ray. Just 15 days before the MAC, Ray, 41, died in a motorcycle accident in Knoxville. Ray was part of Local 46 for the past 23 years and for 15 years was an elected member of the Executive Board and the JATC Apprentice Coordinator.

Ray’s picture was at the table during the Awards Dinner where Price sat with his wife and young son.

“I don’t know how to describe winning the MAC.  It is an honor, a great honor, to both compete and to win,” said Price.  “I was really excited about competing and winning the Central States Competition, I never thought I would win the MAC.”

“It was an honor to meet and compete against the other competitors.  We are the ten best.”  Price went on to say, “I am trying to keep in touch with them, they are all great guys.”

Price was taught in his 2nd and 3rd year as an apprentice by his father, Joel Price, a Local 46 Training Instructor.  Branden is a 3rd generation Insulator with extended family, including his father, grandfather and many cousins.

“Jermain Ray was a great man.  He was very involved with the Local and was instrumental in teaching the instructors.” said Price. 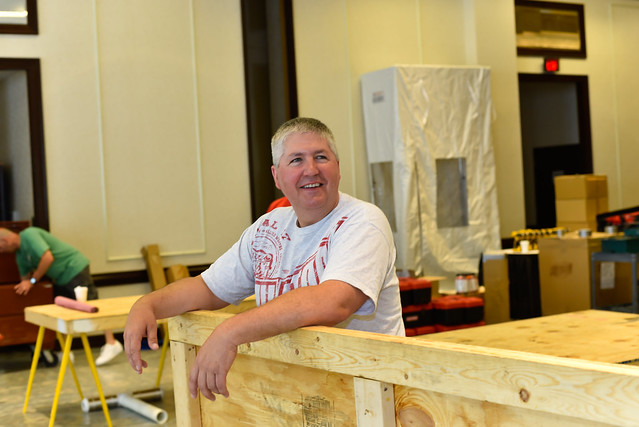