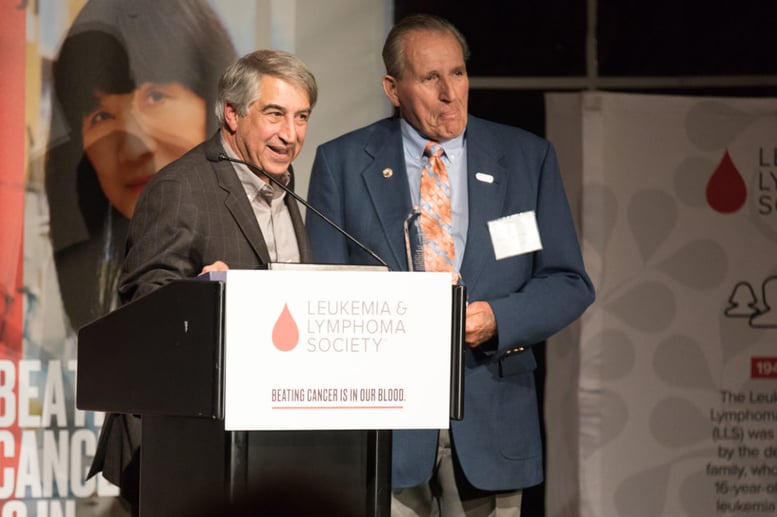 The award, created in 2016, is given to an individual who has proven personal commitment and dedication to the LLS and to someone who inspires and motivates all they meet to join with them in support of the LLS.

Throughout his life, he has been a dedicated volunteer to the society. Brother Cantley and his neighbors would build an annual holiday display, complete with holiday lights and wooden Disney characters. The event attracted hundreds of cars that would typically leave generous donations for the Leukemia and Lymphoma Society.

Brother Cantleywas also chairman of the annual KGO Radio Cure-a-thon, an annual event that raised over $20 million during his three-decades long run as chairman. The event featured a 24-hour broadcast, educating listeners about the LLS and encouraging listeners to donate.

Over a 40-year period as a volunteer for the Leukemia and Lymphoma Society, Brother Cantley served two terms as the Greater San Francisco Bay Area Chapter President, served on the National Board and on the Executive Committee and chaired the National Awards Committee.

Brother Cantley is a decorated LLS volunteer, as he has received numerous awards for his philanthropy.

Congratulations Brother Cantley, on earning the LLS President’s Award and on a lifetime of philanthropic commitment!