Issues critical to the Canadian Construction Industry and a healthy dose of political conversation filled the schedule during the Canada’s Building Trades Union (CBTU) 2019 Legislative Conference.

Held from April 28 to May 1 in Ottawa, Ont., the CBTU is made up of 14 affiliated International Unions that represent more than 500,000 members. The theme for this year’s conference was, “Building a Stronger Canada.” Before the official start of the conference, delegates and labour leaders gathered at the official Workers Memorial in Major’s Hill Park in Ottawa to observe the national Day of Mourning. Insulator delegates also met in advance with Summa Strategies, the Canadian lobbying agency that works on behalf of the HFIAW.

Summa shared information with delegates about current elected officials, the political climate and Insulator-supported initiatives to the 20 Insulator Representatives in attendance.

Build Together, the CBTU’s recruitment and retention program, also held a meeting prior to the opening session to discuss women-focused development initiatives. The Insulators were represented during this meeting by Local 118 Vice President Ashley Duncan, who serves as the chairwoman for the British Columbia chapter.

The conference began with a speech by North America’s Building Trades Unions (NABTU) President Sean McGarvey to the 400+ in attendance. He began by thanking retired CBTU Director and labor leader Bob Blakely for his years of service.

Before wrapping up his discussion, McGarvey introduced new CBTU Director Arlene Dunn, who was overseeing her first Canadian Legislative Conference. After thanking the delegates for their support and attendance, Dunn then introduced the CBTU Executive Board, which included Eastern Canadian Conference International Vice President Vince Engel. 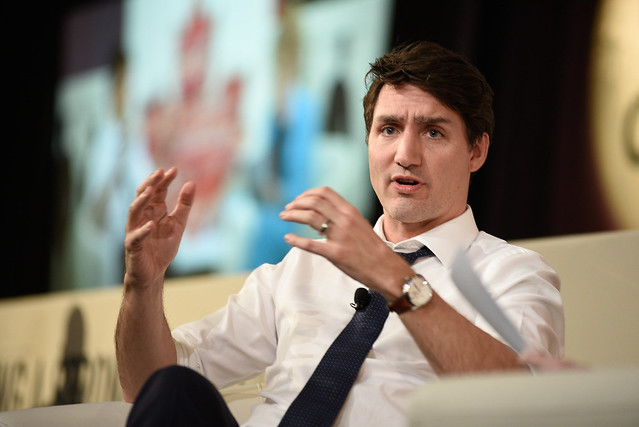 Patty Hajdu, Canadian Minister of Employment, Workforce Development and Labour, followed the panel discussion and talked about the importance of a strong middle class, which is made possible due to unions. She pointed out that under her leadership, hundreds of thousands of jobs have been created.

“The need for skilled workers is throughout our country,” Hajdu said. “Our best option is to have them trained by our unions.”

She called the work done to recruit women into the trade as valuable, stressing the importance of an inclusive workforce. Hajdu also commended the work done by the building trades to ban asbestos in Canada.

HFIAW General President James McCourt, International Vice President Engel and Local 95 Director of Government and Community Relations Adam Melnick joined the stage to recognize Brother Loftus for his work and awarded him the 2019 CBTU Distinction Award for Health and Safety.

Asbestos Free Canada Director Alec Farquhar also received a Health and Safety award for his work on the asbestos ban. Awards were also handed out for Community Benefits and Apprenticeship Champions.

Dunn opened the second day of the Legislative Conference and talked about her background, the need for a collective effort to change the political climate, workforce recruitment and the need for the union construction industry to regain market share.

“We spend over $1 million of our own funds to train our members,” Dunn said. “We’ve gotten where we are because of the hard work someone in labor has put in.”

McGarvey’s Day Two address centered on the need for a united and national “ask.” He urged all members to come together to collectively ask political leaders to address major national issues such as the opioid crisis, collective bargaining agreements, infrastructure improvements and the manning of the upcoming BC LNG project.

Similar to Dunn’s speech, McGarvey also spoke about the need to increase market share. Additional signatory contractors offer the ability to bid on more work, increase work hours and grow the union workforce. “We must grow and build our contractor base,” he stressed.

NDP Leader M.P. Jagmeet Singh discussed the future projection for an economic plan and a jobs plan to get building trades members to work in their communities. He spoke on the importance of green and conservation initiatives, which will reduce energy costs.

Toronto Star National Affairs Columnist Chantal Hébert provided the Day Two Keynote Address and discussed the strong surge in support of the Green Party, the swing from the Liberal Party and the history of election experience the Green Party and environmental elections have been fostering.

Conservative Party of Canada and Leader of the Official Opposition, M.P. Andrew Scheer, spoke to the delegates about the high-cost in various housing markets. Scheer was followed by a panel discussion on the Importance of Energy Infrastructure in Canada.

Upon completion of the panel discussion, the majority of Day Two speakers focused on narcotics and dealing
with addiction.

Prime Minister Justin Trudeau was the final speaker on the second day. He sat conversational style with Dunn and discussed the government’s asbestos ban.

“Unions are an essential partner for a stronger Canada, and we will continue to work on the next steps for the asbestos ban,” he said. After the second day of speakers, a reception was held at the House of Commons, which provided the Insulators and members from other trades with time to meet their respective Members of Parliament and discuss regional and local issues.

On the final day of the conference, CBTU Director of Workforce Development Lindsay Amundsen discussed workforce development and related CBTU programs. She projected future workforce needs and highlighted the creation of an office to advance female apprentices in Manitoba, Saskatchewan and Nova Scotia.

Asbestos Free Canada Director Alec Farquhar, who won the 2019 CBTU Distinction Award for Health and Safety, gave an update on the country’s ban of asbestos. He opened his speech by thanking everyone who aided in the push to ban asbestos, including Brother Loftus, who was named as a significant contributor in the British Columbia area and across the country, as well as the entire Insulators Union’s efforts. Farquhar also discussed future plans to identify and remediate asbestos, creation of an asbestos registry and a health network.

Next was a panel on capital strategies. The panel discussed how pension money can be utilized to finance new projects, which then use union labor in order to further fund the pensions, while also providing a quality return on the actual investment.

Canadian Labor Congress President Hassan Yussuff welcomed all of the building trades to the CLC family and promised to keep strengthening the family.

Minister of Infrastructure and Communities M.P. Francois-Philippe Champagne spoke about the importance of working together to build a stronger Canada.

With so many important topics packed into the conference, we thank all Insulators Brothers and Sisters who attended the CBTU 2019 Legislative Conference. Our representation was critical and your political involvement and dedication to advancing our trade is appreciated.