HFIAW Brothers and Sisters demonstrated their unwavering support and generosity during the 2017 holiday season.  For the eighth consecutive year, the HFIAW has partnered with Helmets to Hardhats and the Toys for Tots drive, and as they have each year, our Locals surpassed all previous year’s charitable efforts. This year an organizational record was set when they donated a combined total of $13,556.91 of gifts.

Monetary and toy donations were collected from 26 Locals, International Vendors and Staff, and then purchased, organized and delivered by IIIATF Staff. Donated items included 48 bicycles, 36 bike helmets, 207 scarves, gloves and hats, 99 watches, 1,171 toys for a total of 1,561 gifts to the Toys for Tots campaign. 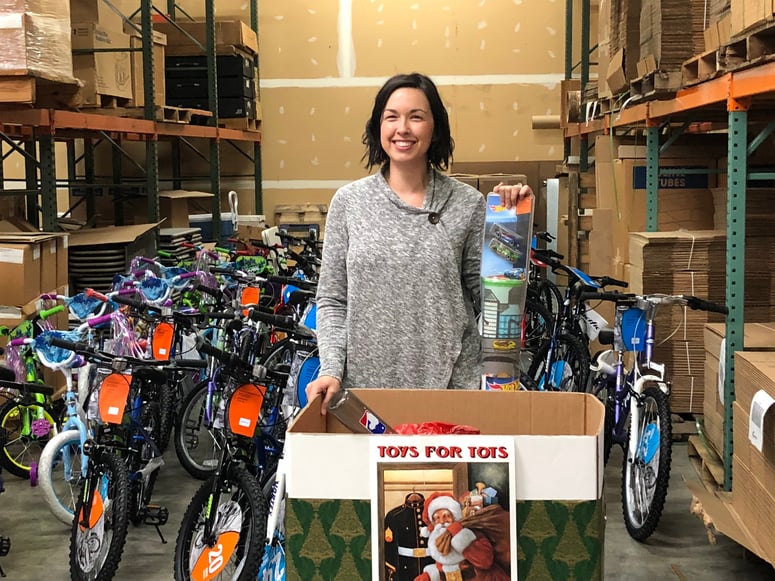 The North American Building Trades Union affiliates and AFL-CIO departments combined to donate a total value of $125,065 to the Helmets to Hardhats and Toys for Tots drive. The donations included $82,425 of toys donated to the U.S. Marine Corp. at Joint Base Anacostia-Bolling, which made NABTU affiliates the top-sponsor for the campaign.

The foundation’s goal is to provide toys to children who would not otherwise receive them for Christmas. Over its life span, the Toys for Tots program has distributed over 530 million toys to over 244 million less fortunate children, and the HFIAW is proud to have provided some of those donations.

“The generous contributions of our Brothers and Sisters continues to make me proud of our Union,” General President James McCourt said. “Thank you all for the philanthropic donations you have made to the Helmets to Hardhats campaign and to all of the individual causes you have supported through 2017.”

Click here for more information about Toys for Tots.

Click here for more information about Helmets to Hardhats.