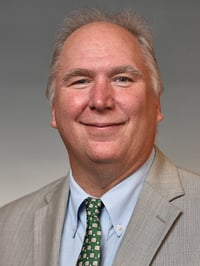 It is often said the next election is the most important and consequential in our lifetime, and the 2020 U.S. General Election is no exception. To help our U.S. members cast an informed vote, it is necessary to review the past four years.

President Trump has failed the Insulators

Long before the current COVID-19 health and economic crises, President Trump had opportunities to help Insulators Union members, but on far too many occasions, he and his administration made decisions that hurt our members.

During the 2016 campaign, we understood many members were not supportive of Hillary Clinton. Between Clinton’s failures as a candidate and the appeal of Donald Trump as a political outsider, Donald Trump won with the support of many union construction workers.

We wanted to work with President Trump, and we were hopeful he would make infrastructure legislation his first legislative priority. He did not, and it was disappointing his administration pursued a legislative agenda harmful to the Insulators.
First, President Trump and Congressional Republicans sought to repeal the Affordable Care Act (ACA).

When they failed to repeal the ACA, they turned their attention to the tax code, where they advanced a plan to provide huge tax breaks for the wealthiest individuals and corporations.

While the rich got richer, the law repealed the ability of union members to deduct their union dues and other business expenses. Sadly, Trump chose tax cuts before infrastructure.

Also in 2017, the Environmental Protection Agency (EPA) began to implement a 2016 law to evaluate dangerous chemicals and materials, including asbestos. Instead of developing a comprehensive plan to evaluate asbestos, the Trump EPA made a choice to exclude legacy asbestos exposure that continues to injure and kill Insulators Union members and their families.

In 2019, the Department of Labor initiated a proposal to create Industry-Recognized Apprenticeship Programs (IRAPs) that had the potential to undermine our high-quality registered apprenticeship programs.

Thanks to more than 300,000 comments from Insulators and other union construction workers, we prevented the Trump Administration from moving forward with this misguided plan, which would have caused irreparable harm to our successful union apprenticeship programs.

Since 2017, President Trump and Senate Republicans added two new (and young) justices to the U.S. Supreme Court, and dozens of federal judges to lifetime appointments. These judges will be in a position to harm union members for decades.

Most recently, President Trump and Congressional Republicans failed to pass much-needed legislation to respond to the COVID-19 crisis.

President Trump is also working to undermine confidence in our elections (as he continues to seek foreign interference, opposes universal mail voting, undermines U.S. Postal Service operations and states without evidence that the election is rigged against him).

For many, we are worse off than we were four years ago.

In 2016, Hillary Clinton’s strategy was to define Donald Trump as unfit to be president, but she failed to
define herself and give voters a reason to vote for her (although her campaign agenda did include support for
mechanical insulation).

In 2020, we encouraged former Vice President Biden’s campaign to send a letter of support for our Insulators Union priorities, so our membership could understand what Biden plans to do if elected president.

I encourage you to read both Biden’s letter and General President McCourt’s endorsement letter.

The former vice president understands the Insulators are key to his climate change plan to reduce the carbon footprint and create good union jobs.

Each election, we encourage our members to vote for candidates who support our work, and former Vice President Biden supports our work and our union values.

We will provide additional election updates on the website to ensure you have accurate information to cast an informed vote.

To help our members vote safely, General President McCourt directed the creation of a website, insulatorsvotes.org, where you can check your voter registration status.

This website also contains additional information on our union’s endorsement of Biden.

Elections provide opportunities for voters to hold elected officials accountable for what they have done or what they failed to do.It is important to reinforce the essential truth that elections have significant consequences. At every level, our elected leaders have opportunities to promote our work and our union priorities.

While we will elect a president in 2020, this election will also determine the party who controls Congress (U.S. House
of Representatives and U.S. Senate) and control state legislatures.

While some people give these races little thought, they will determine political control for the next 10 years, as new legislative districts created following the 2020 Census.

Control of the U.S. Supreme Court and the federal court system is essentially on the ballot as well.

We have seen the difference with a U.S. House Democratic majority.

We have the opportunity to choose a better future for our families and ourselves. Now is the time for us to elect a candidate who knows the Insulators and supports the work we do.

This candidate is Joe Biden. 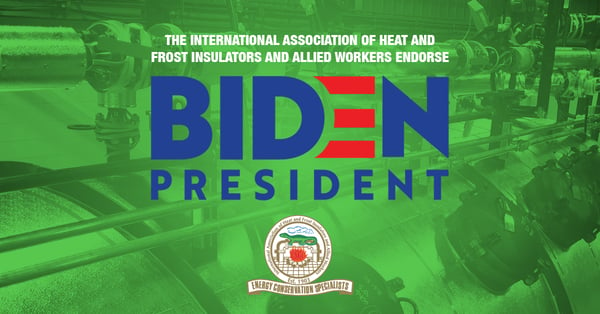