Former Seattle Business Manager helps others at the negotiating table

Former Seattle Business Manager helps others at the negotiating table

King County, which includes Seattle within its boundary, is the most populous county in Washington with an estimated population of 2,190,200.

The Master Workforce Agreement was designed to benefit 14,000 King County employees, who are union members. As opposed to negotiating with each individual collective bargaining unit, the county will now bargain with a coalition representing all county employees. 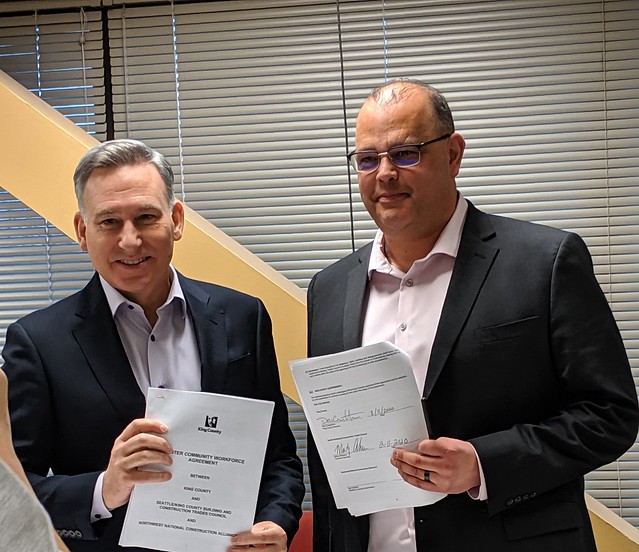 The newly negotiated wage and benefits package will greatly benefit King County employees, who received a four percent general wage increase in 2019. These employees will also get two raises of 1.5 percent each throughout 2020. The early retiree healthcare subsidy will be reinstated, as well as automatic enrollment for deferred compensation.

Anderson used his past experience working as an Insulators and Allied Workers business manager to help bring a satisfying agreement for all of King County’s employees.

The agreement was marked with a signing ceremony attended by King County Executive Dow Constantine, Executive Secretary Anderson and other labor leaders from throughout the county.

The agreement has been made publicly available and can be read here.

Check back to learn more about how current and past Insulators leaders are using their experience to bring effective solutions to working class families.