Rollin R. Reth passed away on March 7 at the age of 72. He was the former Business Manager of HFIAW Local 84 in Akron & Youngstown.

Brother Reth, known to his friends as “Rollie,” joined the trade in 1972 and four years later earned his Mechanic Card. 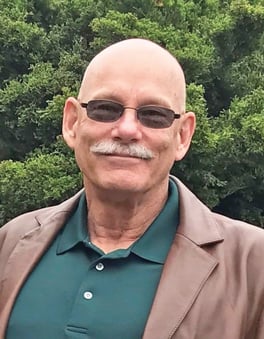 He held a number of Local Union officer positions before he became Business Manager in 2002, including Executive Board Member, Vice President and President. He was also a Pension and Annuity Trustee and served as a delegate at the 1992 and 1997 Conventions.

Brother Reth retired in 2006. Prior to joining the trade, he was a member of the U.S. Army 147th Hillclimbers, and served two tours in Vietnam.

“I was saddened to hear of the passing of Brother Rollie Reth,” said Central States Conference International Vice President Patrick L. Barron, Jr. “He was a hard-working, dedicated Business Manager. Brother Reth was always positive and had a great attitude. He dedicated his life to taking care of his family especially his beloved wife, Mary. Reth loved his friends like family. He also enjoyed tending to his beautiful roses.

“He never met a stranger,” said Barron. “He welcomed everyone with open arms and made you feel comfortable no matter the situation. He will surely be missed by the men and women of the Insulators Union.”

On behalf of the International, we send our deepest condolences to the family of Brother Reth.