After months of delay, the U.S. Department of Labor released the final rule on Industry Recognized Apprenticeship Programs, otherwise known as IRAPs, exempting the construction industry from this rule. 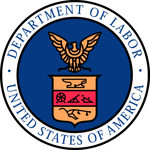 “The rule prohibits Standards Recognition Entities (SREs) from recognizing IRAPs in the construction sector, which has the greatest existing utilization of registered apprenticeship programs.”

The ruling is good news for the International Association of Heat and Frost Insulators and Allied Workers and the Insulation Industry International Apprenticeship and Training Fund and their fellow building trades unions and training funds, as the final ruling saves the union construction industry’s registered apprenticeship model from devastation.

Had IRAPs been allowed, many labor leaders, including Insulator leaders, expressed concern they would cause irreparable harm to union construction industry’s registered apprenticeships and cost union jobs. The belief was with any regulation or oversight, non-union contractors, including members of the Associated Building and Contractors (ABC), could retain apprentices, but pay them drastically less, or create a permanent class of apprentices. Both scenarios would generate a competitive advantage when bidding on projects.

The threat from IRAPs began in June 2017, the Trump Administration issued Executive Order No. 13801, as it was seeking to expand apprenticeship opportunities and establishing a Task Force on Apprenticeship Expansion. The D.O.L. then issued a Notice of Proposed Rulemaking (NPRM) in the Federal Register (84 FR 29970) to amend 29 CFR part 29 (labor standards for the registration of apprenticeship programs) by establishing the IRAP program.

Over the next two years, development of the expansion plan included allowing industries to recognize their own apprenticeship programs. The goal was to apprenticeship into industries where they currently do not exist. However, by creating IRAPs, they placed the construction industry’s registered apprenticeship programs, which have been around for at least 80 years and rely on private funding of roughly $1.5 billion per year for training, in jeopardy.

The Insulators Union participated in a building trades-wide campaign to tell the DOL construction industry apprenticeship programs need to continue to have oversight in order to maintain our excellent wages and benefits, dedication to safety and industry-leading training.In July of 2019, the DOL introduced draft language for regulations on expanding apprenticeships, which created a temporary exclusion for the construction industry. Following the introduction of the draft language, there was a 60-day comment period, where the public could comment on any of the language and express support or push to change the language.

According to the Department, this matter received a total of 326,798 public comments, the majority of letters, 309,000 comments, addressed the exclusion of the construction industry from the Department's proposed approach to IRAPs as a direct result of the Building Trades efforts.

North America’s Building Trades Unions (NABTU) President Sean McGarvey, in a prepared statement, felt the effort made by building trades members, signatory contractors and their families and friends paid off.

“We appreciate the time spent by all – especially our rank and file members – who petitioned their government during the public comment period. Together with our industry partners, we will continue to invest in high-quality training standards that promote the well-being of apprentices and meet the demands of the industry,” he said.

You can read the entire NABTU Press release here.

“The dedication to fighting for our industry is what will continue to make the Heat and Frost Insulators Union strong” said General President James McCourt.

Led by General President McCourt, the entire Insulators Union will continue to support the exclusion of the construction industry in the labor standards for the registration of apprenticeship programs being industry recognized.

A PDF version of the final rule can be downloaded here.