Thanks in large part to the support of the building trades members, DRI recently received FDA approval to launch new clinical trials in attempts to find a cure for diabetes. This year’s tournament was held at the famed Philadelphia Cricket Club. Participants enjoyed a welcome reception at the National Constitution Center.

The Masters (golf) Tournament took place at Stonewall Country Club and the annual Softball Slam was played at the Campbell’s/ Rutgers Baseball Stadium in Camden, NJ. Team bowling and a Texas Hold’em Poker tournament also occurred. The Insulators’ team was represented by members of HFIAW Local 14 in Philadelphia, PA. 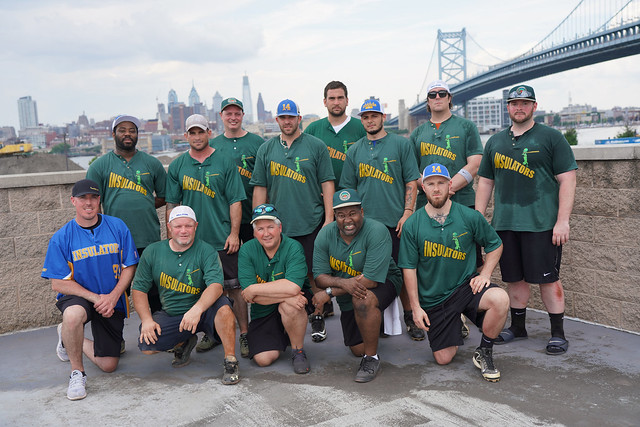 “It is extremely rewarding to be part of a team that aids research,” said Local 14 Training Coordinator John Stahl, III. “I enjoy partnering with my Brothers and Sisters from other building trades for a common philanthropic goal. Each and every participant can feel good in knowing that they made a difference in the Diabetes Research Institute’s effort to find the cure.”

Thank you to all the Brothers and Sisters who donated their time and effort to raise funds through the NABTU for the Diabetes Research Institute Foundation.