To help offset costs to continue their education, 20 students with a direct connection to the HFIAW will receive $5,000 scholarships this year.

The recipients were selected during the 29th Annual Florence Bernard/Alta Miller Scholarship Drawing, which was held in late May during the combined 2019 Local Union Officers Meeting, Joint Apprenticeship Committee Conference and Master Apprentice Competition (MAC) in Phoenix.

The scholarship fund began in 1990 with a dinner to honor the late General President Emeritus William G. Bernard. Henceforth, the scholarship dinner turned into an annual event. During the 2007 Convention, delegates voted to perpetually fund the scholarship by the general membership at a rate of $0.005 per hour worked.

At the 2017 Convention, a resolution was passed to raise the hourly contribution to $0.01 per hour worked, beginning on Jan. 1, 2020 to ensure the financial stability of the fund. As in years past, the Canadian Federation of Labor funded a separate $2,000 scholarship for all eligible Canadian entries, which was also awarded during the event. 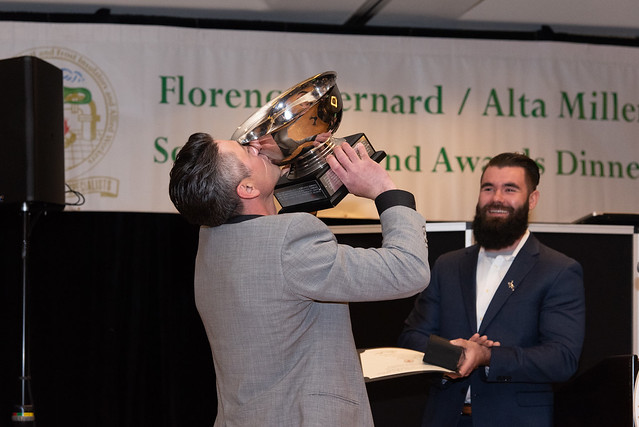 This marked the fourth consecutive year where the Florence Bernard/Alta Miller Scholarship entries from all conferences were combined into one collection basket for a lottery-style drawing. During the dinner event, the wives of HFIAW International Vice Presidents and Administrators pulled the winning names, which were then officially announced by General Secretary-Treasurer Greg Revard and General President James McCourt.

The recipients of this year’s $5,000 Florence Bernard/ Alta Miller Scholarships were members of the HFIAW, their spouses and/or children, who are continuing their education at an accredited college, community college, trade or technical school for the 2019-2020 school year.

An official announcement listing all the recipients of the 2019 Florence Bernard/Alta Miller Scholarship will be highlighted in the Fall edition of The Insulators Journal.