Thermography and Green Awareness classes taught in Canada and U.S.

Thermography and Green Awareness classes taught in Canada and U.S.

A pair of two-day Thermography classes were conducted by the Insulation Industry International Apprentice and Training Fund in Canada and the United States.

“It was an excellent learning experience,” said Ashley Duncan of HFIAW Local 118, who attended the Toronto session. “It was really fun to learn about these new tools and programs that are becoming more prevalent in our trade. The instructors were great and so were my fellow classmates. I feel like everyone got a lot out of the course and we can all apply the information we learned to do our jobs better.”

“We need to continue to promote the discussion and awareness of what Green Energy means for the environment, and more importantly, for our industry and how we can fill that need,” said Reap.

Reap also stressed the importance of making Business Managers and Organizers aware of the basics of thermal imaging and green awareness.

“I need to get this training and turn the information around,” he said. “If I can get the basics of thermal imaging and green awareness out to the Business Managers and Organizers in the New York New England States Conference, they can pick it up.

“We have smart and aggressive leaders at the Local level. They can run with all of these tools to help get the work and keep going forward to solidify our positioning in this industry and expand the work we are currently doing.” 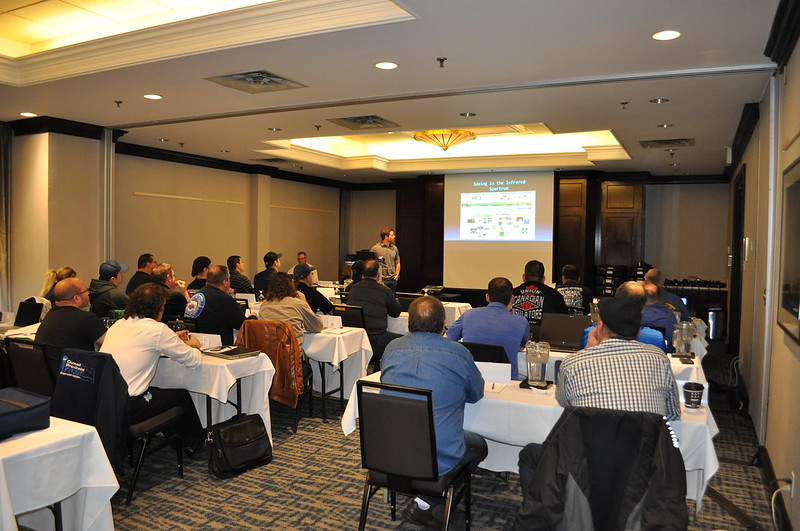 International Vice President Leo Damaris, from the Southwest States Conference, also attended the class and thought the instructors did an excellent job.

“The classes tied together a lot of things I was aware of for the green movement, but it filled in some spots and educated me in a major way on our accountability as individuals and our responsibility as the Insulators Union to perform mechanical insulation,” said Damaris. “Mechanical Insulation fits into green and LEED requirements. This is where the Insulators Union needs to be, and this is where we can grow.”

He stressed the importance of members obtaining the proper certification to perform energy audits.

“It is important that when we put ourselves at the Green/LEED table, that we can push mechanical insulation to be added to completed buildings,” said Damaris.

The former Business Manager of Local 53, Damaris said his Local performed an energy audit on the Mercedes-Benz Superdome, and as a result, two members of the Local now work at the facility, full-time, to maintain the insulation systems.

“Thermography is a tool that can be used to access potential customers,” he said.

Damaris will lead a Green Energy Committee at the upcoming Local Union Officers Meeting in May and plans to take more training classes in the future.

“I want to position the Business Mangers and leaders in all of our Local Unions to be educated on topics that pertain to our industry and could put our members to work,” Damaris said.