It was a crowded field of candidates in the most recent Seattle mayoral race. Despite the numerous candidates, the Seattle Building Trades and HFIAW Local 7 made an early endorsement of former U.S. Attorney Jenny A. Durkan.

Her platform and understanding of organized labor needs were part of the reason many local unions in the area quickly lent their support.

Durkan was elected and on Nov. 17, she convened a 61-member Transition Committee to select and prepare a team to help her govern the city.

Mayor Durkan’s agenda includes emphasis on issues of affordability that have displaced many long-term Seattle residents. Protecting workers and providing good family-wage jobs are critical to addressing the issue.

On her first day in office Durkan signed an executive order establishing the Seattle Promise College Tuition Program, which provides two free years of college for public high school graduates to work towards a degree or certification, including pre-apprenticeship training. 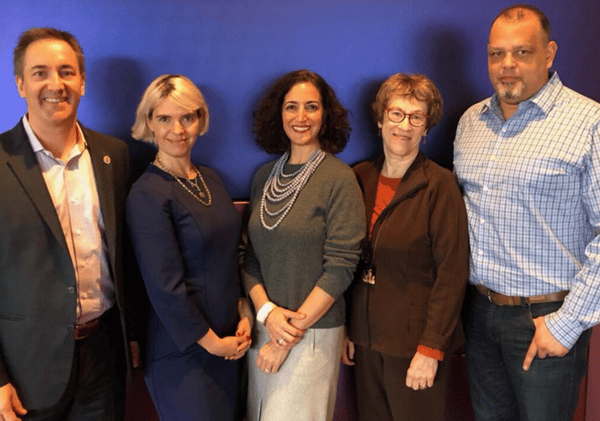 Western States Conference International Vice President Doug Gamble sees the value of the having a political climate and environment where apprentices are utilized, large-scale projects can flourish and where green energy projects can grow. These initiatives funnel back to core Insulator goals: Growing the Local, growing the market share and growing the workforce.

“This entire transition team and the leadership from Local 7 Insulators is a great example of how we as a trade can be successful,” he said. “Local 7 and Monty Anderson have been great examples for representing Local 7 and the building trades.”

Mayor Durkan is a strong supporter of unions and plans to fully-fund the city's Office of Labor Standards, which provides community outreach and education programs for workers and employers to ensure labor standards are being followed. The mayor has also promised to enforce use of the prevailing wage and protect the right of workers to organize.