In early 2018, Local 110 in Edmonton, Alberta donated materials and volunteered their expertise to re-insulate a 1913 steam engine locomotive at the Alberta Railway Museum, which is located outside of Edmonton.

According to its website, the museum opened in 1976 with a mission to “preserve and interpret significant railway artifacts, including locomotives, railway cars, track maintenance equipment, and buildings.”

The re-insulation of locomotive steam engine 1392 was completed as part of the government’s required 5-year annual non-destructive testing of the boiler. This particular train is only one of five functioning steam engine locomotives in Canada, and without the continual critical inspections and maintenance, it would quickly become a stationary piece of equipment. 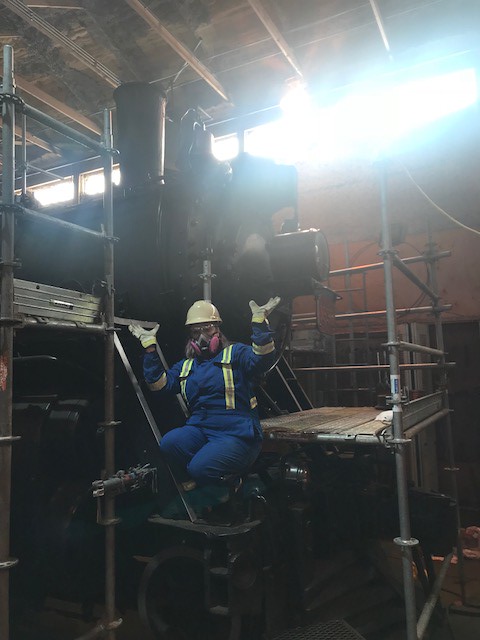 For Local 110, this was a unique opportunity as they were able to utilize students in the Edmonton PreTrades class to complete the insulation work. The project provided the students with required, on-the-job insulation industry skills training that is not easily recreated in a training facility.

The opportunity for this project came about thanks to Local 110’s relationship with the Labour Relations team at the North West Red Water (NWR) project. Bob Cowey from the NWR is an active volunteer with the Alberta Railway Museum and he reached out to area labor unions for their expertise and assistance in aiding the museum. In addition to Local 110, Carpenters Local 1325 worked on the project by building the scaffold for the project.