The North American Building Trades Union has joined forces with Michigan State University to administer the Building Trades Academy (BTA) to affiliated building trades members, including Brothers and Sisters in the Insulators Union.

The BTA is an educational program for leaders and staff of Local Unions and District Councils to build, develop and improve skills used grow union membership.

The program offers eight different courses with topics that range from Strategic Planning and Contract Negotiations and Labor Laws for the Construction Industry to Business Managers Training. Each course lasts several days and topics are taught on a rotational basis. The classes include interactive, small-group exercises centered on a realistic case study.

"Organizing is the lifeblood of the labor movement, but it is often a difficult task,” said BTA Instructor Glenn Perusek. “These organizers demonstrated that they are up for the challenge."

The Insulators, specifically the International Organizing Department, have taken a significant role participating and making the Building Trades Academy program successful and beneficial. Two HFIAW Regional Organizers, Tom Williams from the Central States Conference and Scott Curry from the New York New England Conference, help facilitate and instruct some of the classes.

“I am very proud to have spent this week working and training with such a dedicated group of Union Organizers,” said Williams. “The work they do, day in and day out, will help our organization continue to grow and prosper.” 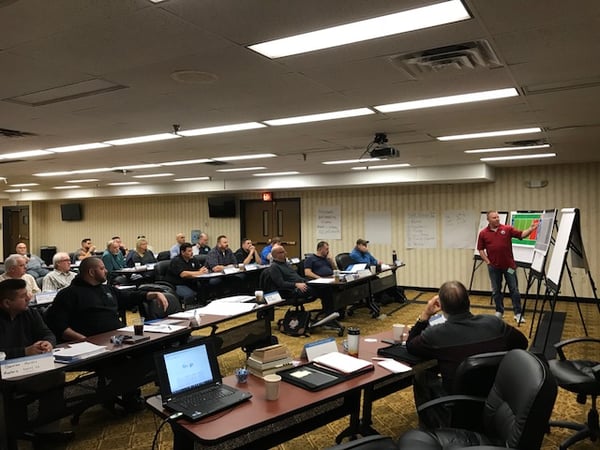 “The power of these trainings is that there is tremendous untapped talent among the HFIAW Organizers,” said Instructor Peter Olney. “At the Building Trades Academy, they discover their own abilities and those of their colleague organizers.”

More information about the NABTU Building Trades Academy program can be found at https://hrlr.msu.edu/employment_relations_construction/academy.php.