This story comes from Union Sportsmen's Alliance (USA), on a conservation project completed this past fall in Alabama. HFIAW Insulators Local 78, chartered in Birmingham, was heavily involved with this project.

For years, Alabama State Parks have been unable to afford many necessary repairs and updates. To offer support, Union Sportsmen’s Alliance (USA) volunteers recently renovated a horse barn at Oak Mountain State Park, transforming a structure that had fallen into disrepair into a potential increased revenue source for the park.

While state parks often provide a first point of access for many to the outdoors, from 2011 to 2015, the Alabama State Parks saw $15 million from their budget transferred to other government programs. As a result, numerous upkeep projects were suspended, five parks closed and others were forced to limit their services and hours of operation.

Even Oak Mountain, Alabama’s largest state park, with more than 500,000 visitors annually, has been forced to contend with a budget and continually postpone infrastructure repairs, such as those required for the four barns near the front of the park.

“For years, we would come up with maintenance projects, and then the general fund would take millions from the state parks,” said David Johnson, office superintendent, Oak Mountain. “That would drastically affect what we could do, so things like the stables got put to the side every year.”

Furthermore, the barns could help to offset park operating costs. Oak Mountain currently boards 18 horses for a monthly rate of $450 each and has the potential to board eight more with the new renovations.

It was after the USA’s 2nd Annual Alabama Conservation Dinner in September, held to raise funds for a local project, that Patrick Cagle, president of the JobKeepers Alliance, spoke with state park officials and identified the barn renovations as one their most pressing needs. With the support of Bren Riley, president of the Alabama AFL-CIO, and Donald Stanley, president of the Alabama BCTC and business manager for Insulators Local 78, the dinner brought together 200 attendees and energized the union community to volunteer to improve outdoor access for their fellow Alabamians and out-of-state visitors.

One of the dinner attendees, Craig Francis, apprenticeship and training coordinator at Insulators Local 78, volunteered to serve as the project manager and encouraged his apprentices to lend a hand, as well.

“I consistently preach to our apprentices the importance of contributing to the community,” said Francis. “In the past, we’ve helped clean up areas damaged by tornadoes, and this project at Oak Mountain seemed like another great opportunity to aid the wider Alabama community.”

More than 40 volunteers began work on Nov. 26 and replaced the siding, built and installed new Dutch doors and set new fence posts for the paddocks. In addition to Francis and numerous apprentices, Glenn Welden, president of Insulators Local 78, and Ricky Aaron, another apprenticeship instructor, also assisted with the renovations, and several employees from Oak Mountain helped run the auger to dig holes for the fence posts.

“Our state park system is heavily dependent on the support of our partners, volunteers and the communities where we exist,” said Greg Lein, director, Alabama State Parks. “It’s organizations like the Union Sportsmen’s Alliance, Alabama AFL-CIO and Alabama Building and Construction Trades Council giving their time and talents that really make parks like Oak Mountain such a great success.” 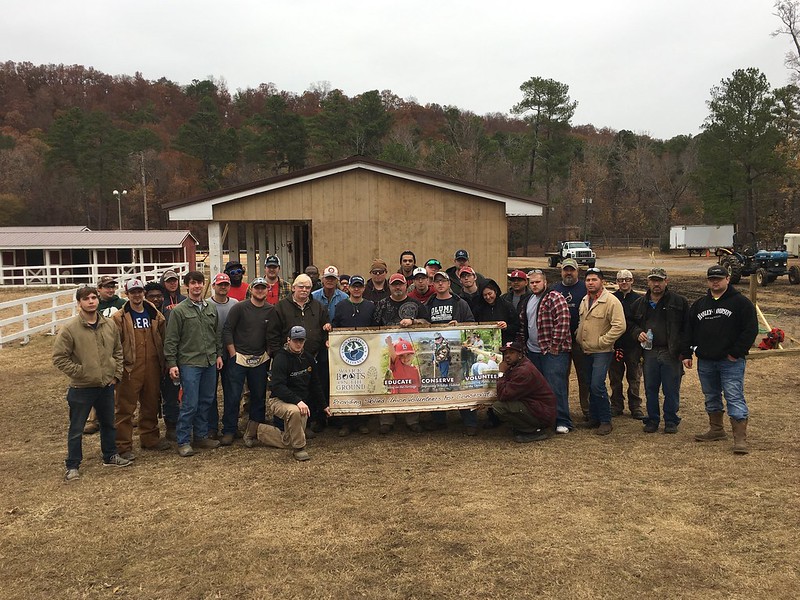