The program involved iSave and the Saturday Night Football Game of the Week with Gino Torretta by Touchdown Radio.

In return for sponsorship of the program, the partnership included Insulator advertisements played on more than 250 radio stations throughout the U.S. during Friday night pregame shows and Saturday college football games. The advertisements promoted mechanical insulation, the insulation industry and the Insulators Union.

Additionally, the partnership offered a package for the home Local in the city where each Game of the Week was played. This included a dinner event, tailgating and game tickets. The Locals used these events to invite targeted audiences and guests to the events, creating networking opportunities.

“This is a great program” said Alec Rexroat, Executive Director of the Insulators’ Labor Management and Cooperative Trust. “We have the opportunity to work with the Local to invite end users, friendly insulating and mechanical contractors, leaning open shop contractors, local political leaders, building owners, project managers, inspectors and guests. All people that can influence the amount of work we can do.”

“This program is a continuation of the efforts that we all have for Organizing and growing our industry,” said Rob Hall, International Representative. “I can see that the Locals are embracing this program and growing a similar interaction program on a local and jurisdictional level. They are embracing that this kind of program is able to help build relationships and results in hours of employment for their members.” 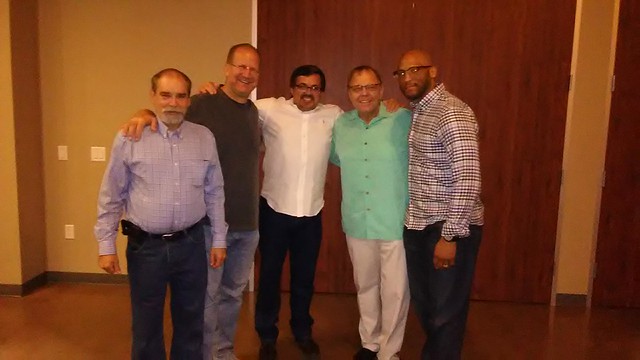 The LMCT and iSave would like to thank the following Locals for hosting and participating in this year’s Saturday Night Football Game of the Week with Gino Torretta program: Local 16 in San Francisco, Local 18 in Indianapolis, Local 22 in Houston, Local 25 in Detroit, Local 27 in Kansas City, Mo., Local 46 in Knoxville, Tenn., Local 47 in Grand Rapids, Mich., Local 48 in Atlanta and Local 50 in Columbus, Ohio.

Torretta is a former quarterback for the University of Miami. He led the Miami Hurricanes to two National Champion titles and won the 1992 Heisman Trophy, among other awards. After graduation, Torretta played with several NFL teams. He currently works with Sirius/ XM and Touchdown Radio to produce the Saturday Night Football Game of Week.

Find out more information about Torretta at www.touchdownradio.com.