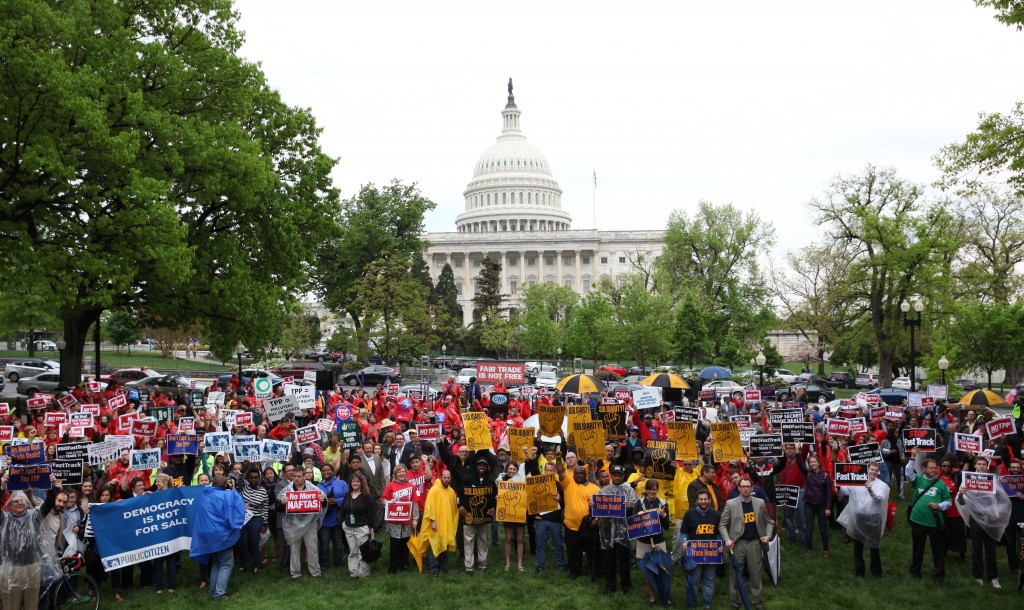 Under intense pressure from the labor movement and the progressive community, the Senate voted 52 to 45 to block debate on Fast Track legislation that would have forbidden Congress from making amendments to the Trans-Pacific Partnership.

AFL-CIO President Richard Trumka says the vote sends a loud and clear message to those Senators who stand with working families. “The Hatch-Wyden-Ryan Fast Track bill is halted – for now.  That’s good news for America’s working families, domestic producers, and communities.  We appreciate those senators who stood with working people today against a bill that would have led to undemocratic trade deals that lower wages and eliminate jobs.”

Trumka adds that if Congress is serious about creating jobs, reviving U.S. manufacturing, and raising wages, it needs to use its leverage to reshape the terms of the Trans-Pacific Partnership. ”It must remove special legal privileges for foreign investors, add enforceable rules to prevent currency manipulation, strengthen rules of origin, and redouble efforts to ensure workers everywhere can organize and bargain collectively,” concludes Trumka.