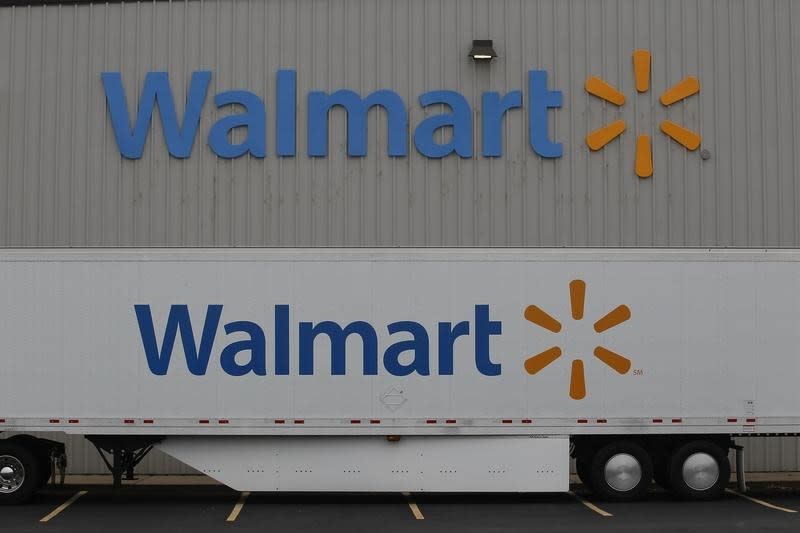 A union working on behalf of Wal-Mart employees laid off in the sudden temporary closure of five stores filed a claim on Monday to the National Labor Relations Board accusing the retailer of retaliating against workers for organizing activity and seeking to get them rehired.

Wal-Mart Stores, which announced last week that it was temporarily closing five stores in Texas, Oklahoma, Florida and California to fix plumbing issues, denied the union's claims. It said it would work to reopen the stores, which employed about 2,200 people, as quickly as possible.

"We don't believe there is any basis for an injunction," the world's largest retailer said in a statement.

The United Food and Commercial Workers International Union said Wal-Mart closed a store in Pico Rivera, California, because it has been a center of worker activism in recent years, including having the first U.S. strike in 2012. The union claimed Wal-Mart shut down the other four stores as cover for the move.

"Walmart has targeted this store because the associates have been among the most active associates around the country to improve working conditions," the UFCW wrote in the claim, which seeks injunctive relief to have all employees reinstated or transferred to another store without loss of pay.

A group of Wal-Mart employees at the Pico Rivera store plan to hold a press conference later on Monday.

Karen Boroff, a professor of management at Seton Hall University, said the NLRB, with a Democrat majority on its five-member board, was generally thought to favor labor in such disputes.

But she said Wal-Mart would likely have extensive documentation on the repair issues which could be used to counter the union's claims. Wal-Mart will need to show the problem is equally significant at the four locations closed along with the Pico Rivera store, she said.

"It can't be trivial," she said. "If they can show that, then you have a real fact pattern in its favor."

Wal-Mart said each of the five locations had more than 100 plumbing problems over the last two years, the most among its 5,000-plus U.S. stores.

Wal-Mart recently announced plans to hike its minimum hourly wage to at least $9 an hour nationally as part of a $1 billion investment in better pay and benefits for its employees. That move sparked several other retailers to raise wages, although labor advocates have said they want more.