The Insulators hosted 37 recently elected union leaders to a week-long event to help them carry out their duties as union officers.

The 2016 New Officers Training Program was held in September in the Conference Center at the Maritime Institute in Maryland.

Started in 2005, the training program is designed to educate the newly elected officers on all the various duties and responsibilities and help them serve to the best of their ability. Topics included LMRDA, jurisdiction and International agreements, political affairs, grievance filing procedures, fiduciary and trust responsibilities, organizing, apprenticeship, Roberts Rules of Order, and other pertinent items that our local union officers need to know. 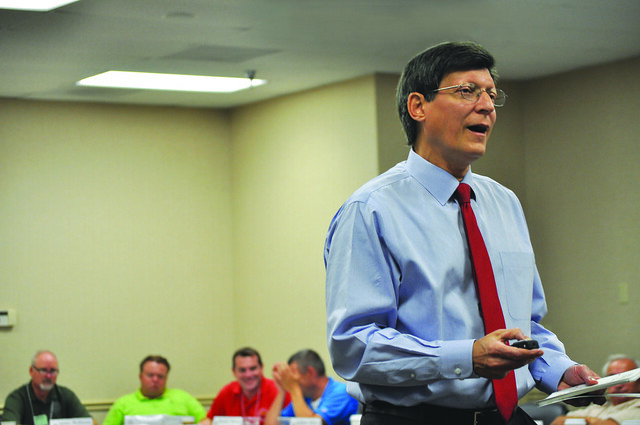