More than 200 HFIAW Business Managers, Officers, Organizers and staff filled the meeting room at the Diplomat Hotel in Hollywood, Fla. to discuss the status of our industry and work together to grow our union and expand market share.

General Secretary Treasurer Gregory Revard opened the 2016 Local Union Officers Conference with introductions, including the acknowledgment that this would be the first conference presided by General President James P. McCourt, which drew standing applause from the entire room.

General President McCourt brought the business to a close with a quick rehash of the various topics covered during the three-day event. This included a message he asked officers to take back to their Locals, related to the November Election.

“We have to get Senator Hilary Clinton elected” he proclaimed. “We have been here for 113 years and it’s our job to make sure we are here for 113 more!”

The conference ended with the announcement from General President McCourt releasing the location for the 31st Quinquennial Convention. The Convention will be held in Boston, from Aug. 21-23, 2017.

To read more about the Conference and the spearkers/topics, look for the full article in the Fall edition of The Insulators Union Journal. 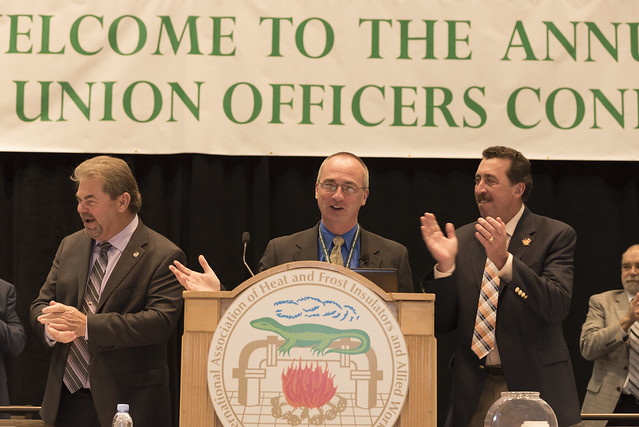